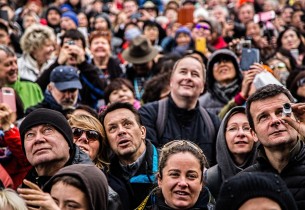 The vast and growing number of people affected by abuse and domestic violence is laid bare in reporting done by the CDC. In 2011, their research showed 20 people per minute were affected by domestic abuse in the United States. Fast forward to 2014, and the number jumped to 24 people per minute. This is a real issue, and people’s lives are at risk.

Close your eyes and picture an abuse survivor. What do they look like? Where do they work? Did they go to college? Are they married? Do they have children?

Now, stand up and go to a mirror. Take a look at the mirror. What do you see?

Both images are what a survivor looks like. It does not matter if someone is male or female. It does not matter their age, sexual orientation, socioeconomic background, number of children, amount of education, or if they are married. Anyone can be a victim of domestic violence.

Looking at it from above, you have to ask yourself how this is so widespread with no public outcry. The truth is if you don’t know something is happening then you don’t talk about it. The media only reports what will make headlines. The public doesn’t talk about it because it is a “shameful” thing to discuss or, even worse, the mistaken belief the survivor is to blame.

Abuse shapes and defines the world in which we live, the lives of the survivors and the lives of the abusers. We have developed an acceptance that nothing can be done. Sports, media and entertainment industries don’t do much to help with that. We hear about wars, burglaries and weather storms before we know about a domestic abuse situation.

Open your eyes to the possibility you know someone who is currently being abused. Is it a loved one? A friend? A colleague? Until you start the dialogue and allow your mind to be opened to the possibility then nothing will change. Once we, as a civilization, come to terms with the reality anyone can be a victim of domestic violence, the stigma will be broken and more people will begin talking about it. Let’s work together to prevent abuse. Let’s work together to bring the statistics down.