Key Anniversary in Fight against DV – Protect and Support Survivors 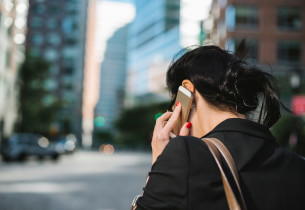 Key Anniversary in Fight against DV – Protect and Support Survivors

It was just one year ago that we all stared in horror as we watched Ray Rice punch his then fiancé, Janay Palmer, in the head, rendering her unconscious. He then dragged her limp body off an elevator while onlookers stared but did not intervene. In the wake of that event, the world shifted slightly on its axis. Well, the world for survivors of intimate partner violence. Shortly after the video went viral, nearly 200,000 survivors of abuse took to social media in the form of two very important hash tags #whyIleft and #whyIstayed. They were responding to the criticism that Janay Palmer was facing for the mere fact that she was assaulted in public by someone she loved.

They talked about why they stayed with their partner and of the tipping point that made them finally leave. Having been in this work for nearly one decade, I watched in awe as they spoke out against the one thing that keeps many trapped and silent – shame. Because of the exposure that this video brought, survivors finally spoke up about what they experienced. By telling their stories, they risked their own shame at why they stayed with someone who abused them. Shame at why they went back after having left. Shame that kept them silent for years, despite the knowledge that there were those around them suffering the same fate. The shame that being identified as someone who was abused in a relationship made them less whole, less valuable, less intelligent. This shame continues to be heaped upon survivors by the public as a whole.

Ask yourself one very simple question. When you saw the video and learned that Janay had decided to stay with the father of her children, in the only life she had known as an adult, did you for a moment think to yourself, she deserves what she gets? Furthermore, did you stop to make an excuse for him? She asked for it? She is ok with it so why is it our business? Did you read the comments that called her names or worse, threatened her life?

That is the clear validation of why the feeling of shame is not a misplaced one for survivors. We shame them at every turn with our questions. “Why didn’t she just leave?” “What did she do to provoke him?” “Why won’t she prosecute?” (That last one is especially bad because victims cannot prosecute; only the state can). In fact, we assume they must have some mental defect or illness that keeps them in the relationship. Otherwise, why would anyone put up with the behavior?

Susan Scrupski, founder of Big Mountain Data, gathered all the tweets and posts and analyzed them. Susan sought to bring a visual voice to the largest single outcry from survivors in history. Her findings confirm what we who work with survivors already know. They stay because of the danger in leaving not only to themselves but to their children (and pets); they have no support, no resources and no one to turn to. They stay out of love and hope their partner will change. Never once did a survivor say they stayed to make money, because they enjoyed being hit or because they deserved it. We, the public as a whole, assume that. We called them out as liars, money grubbers and opportunists. We shamed them into staying silent and staying put. You see, asking for help means admitting that you are a survivor. It means standing before strangers and admitted your shame for all to see.

Today, on the one year anniversary I want to challenge everyone to take a look at the data that Susan has presented and pause. Have we really changed all that much? In the past year, seven more NFL players have been arrested for domestic violence. Only four were released from their teams and one was immediately picked up by another team. Where were our voices of outrage for those seven women? For his part in beating a woman into unconsciousness on video, Ray Rice was banned from the NFL due to pressure from survivors and the public. Sadly the criminal justice system responded less than the NFL requiring only community service, counseling and a $127 fine. Janay Rice’s punishment continues to this day. She was shamed through social media in comments that can never be deleted. Will she be shamed again on the anniversary date where we all saw her very public beating?

Survivors will never be able to leave if we keep them trapped by blaming and shaming them. Let’s make sure that when the next public case happens, and rest assured it will, that WE don’t make it worse. Let’s make sure any survivor who is ready to leave is supported and protected. Only you can make that change. Make sure you are part of the solution moving forward, as whether you realize it or not, it’s happening to someone you know at this very moment.

And to those in the media, let’s not shame her further by showing the video again. Let’s honor her courage as a survivor.