Why Should She Leave? 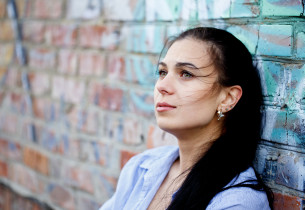 Whenever I am asked to train or speak about intimate partner violence, I always save room for questions and time for those who need help. When I first started working for Harbor House, I was stunned at the number of safety plans I was called on to help with after a presentation. As an advocate, it is an unspoken given that someone will see the opportunity for help and reach out – even in that fairly public moment. Another given is the same question will always be asked – “Why doesn’t she just leave?”

Papers have been written, tweets of #whyIstayed #whyIleft flooded social media after the Ray Rice incident, blogs and magazine articles flourished during domestic abuse awareness month on the topic. But I want to ask another question. Why should she leave?

Here are the facts:

1. Our statistics show that 80% of survivors who reach out for help for the first time are living in a home where they are housed with their abuser. They seek us out asking questions and helping plan how to safely leave. Often they are paying the rent or the mortgage – and sadly their name is often on that lease. To flee means safety but also destroyed credit and homelessness.
2. They have jobs. 55% of survivors across Central Florida who are helped by certified centers are employed and paying their bills.
3. Most survivors are women (about 90%) and have sole responsibility for their children.

Less than 2% of abusers who are arrested ever have a charge filed. Most are released with nothing more than the inconvenience of having been in jail for 24 hours after beating their partner and often their children.

What happens when we force her to flee?

It costs us millions.

We have one of the highest rates of forcing children into foster care and away from the non-abusing parent because we cannot stop the abuser from hurting them.
We spend over $20,000,000 a year arresting and releasing abusers with no intervention at all.

All our focus remains on forcing her to leave. When will we, as a community, say “enough?” It’s time we stopped asking her to leave and started telling him to STOP.